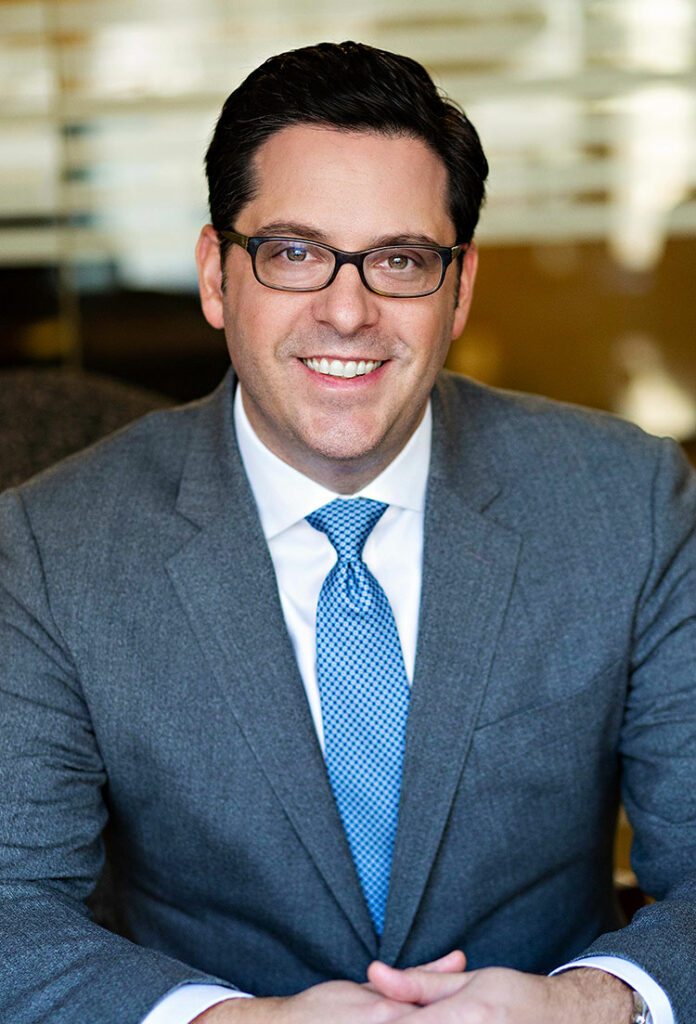 U.S. Court of Appeals for the Second Circuit and Third Circuit 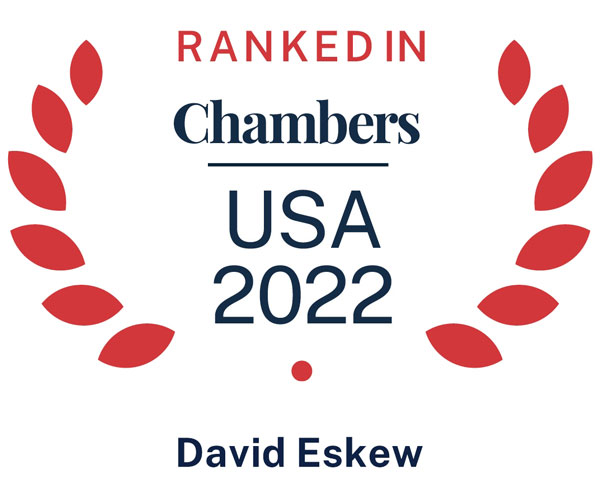 David has been recognized by Chambers USA 2022 as a leading attorney in the categories of White Collar Crime and Government Investigations in both New York and New Jersey and for Healthcare. Clients describe David “as practical and smart” with “great judgment” and “a deep knowledge of government investigations relating to healthcare and the False Claims Act.” David also has a robust civil practice where he handles commercial disputes mainly on behalf of healthcare clients.

On the defense side, David has handled numerous high-profile fraud cases, obtained dismissals and deferred prosecution in charged cases in both the federal and state courts, and guided both individual and institutional clients through high-stakes investigations. In every case, David’s goal is to formulate a realistic, evidence-based strategy without unnecessary expense and inefficiency.

Before co-founding AEL, David had a distinguished 12-year career as a federal prosecutor in two different U.S. Attorneys’ Offices. He held multiple supervisory positions and prosecuted and supervised some of the country’s most significant fraud cases.

David defends both institutional and individual clients in complex fraud cases. As a former federal prosecutor, David has a deep understanding of how federal criminal cases are put together and has successfully applied that experience to deconstructing investigations on the defense side. With a practical, no-nonsense and “evidence-based” approach, David has achieved incredible results for AEL’s criminal defendant clients. Oftentimes, the best result is the result no one ever hears about. Simply stated, in high-stakes criminal prosecutions, results matter and David and his partners have a proven track record of success. Representative white collar matters include:

David is an expert in so-called “parallel” cases in which the U.S. Department of Justice, state Attorneys General offices, and other federal and state agencies – sometimes together and sometimes separately – are investigating and prosecuting cases involving criminal, civil, and administrative penalties. David stands out among former prosecutors in that, as an AUSA, he handled and supervised both criminal and civil cases, gaining real experience in the myriad and unique issues that arise in parallel cases. He previously served as the Chief of the Health Care & Government Fraud Unit in the New Jersey U.S. Attorney’s Office, where he supervised a team of both criminal and civil AUSAs investigating and prosecuting cases against major multinational pharmaceutical companies, hospital systems, pharmacies, healthcare companies, doctors, and other medical professionals. Some of David’s notable parallel cases include:

David has personally litigated and supervised hundreds of complex civil and criminal cases. He has tried more than a dozen federal cases on both the prosecution and defense side. Against the backdrop of his extensive in-court experience, David crafts litigation strategies that are evidence-based, rooted in reality, and designed to win. He currently handles a wide variety of criminal and civil cases before the federal and state courts in New York, New Jersey, and elsewhere.

Prior Government Service and Thought Leadership

Prior to co-founding AEL, David had a distinguished 12-year career with two separate U.S. Attorney’s Offices – as a civil AUSA in the EDNY and a criminal AUSA in the DNJ. Over the course of his career in public service, David held multiple supervisory positions, including Chief of the General Crimes Unit, where he was responsible for supervising and training all new AUSAs in DNJ; Chief of the Health Care & Government Fraud Unit, where he supervised a team of both criminal and civil AUSAs investigating and prosecuting healthcare and government fraud cases; and Deputy Chief of the Criminal Division, the number two position in the Criminal Division in DNJ. During his tenure as an AUSA, David tried over a dozen jury trials to verdict and prosecuted and supervised nationally-recognized fraud cases. He specialized in healthcare, cybercrime, bank/wire fraud, securities fraud, tax fraud and other major fraud cases. Among his many highlights as a prosecutor, he was one of a team of prosecutors that investigated and charged the “Newswire” case, a cutting edge “hacking and trading” conspiracy in which cybercriminals infiltrated major newswire agencies and then sold stolen material nonpublic information to securities traders before press releases were made public. He investigated, prosecuted and tried one of the largest ever “brick and mortar” ATM skimming cases. And, he investigated and prosecuted the largest ever government fraud against the GI Bill.

Prior to joining the U.S. Attorney’s Office, David was an associate at a prestigious international law firm in New York City where he focused on creditors’ rights and restructuring matters. He also served as a Law Clerk to the Honorable Stuart M. Bernstein, Chief Judge, U.S. Bankruptcy Court, Southern District of New York.